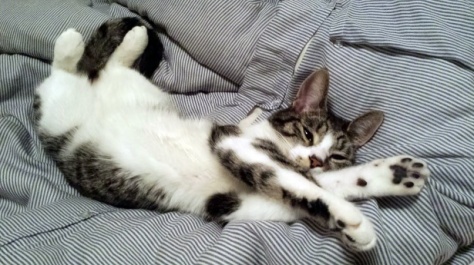 Here I am. Me. Fallible. Ready to disappoint. It’s Friday February 5, 2016 (can you believe time has flown so quickly?) and I have decided that my YA novel, which is in the second draft stage is just toooo darn boring. Well, okay, I realize it’s just me saying that, but it is now on my proverbial shelf, being thought about but not worked on. I think of that shelf as the back burner of my stove, the one with the various degrees of “simmer” which may mean that spaghetti sauce could sit there all day getting better by the minute. Thing is I need to put conflict on every page as my friend Roger Paulding always says in critique group. He is so correct. Conflict on every page moves the reader to turn the pages. If there is no conflict the reader is just going to fall asleep. My YA has no conflict in it, or at least not enough to keep every reader involved. So say goodbye to the YA novel I’ve been working on for two years, and say HELLO to a new murder mystery set in London with Jon Graham as the hero. It’s true. I think it’s going to be a winner. And I don’t mean that in a Donald way. I mean, if you liked Deadly Thyme I think you might like the one I am now writing set just before Jon Graham goes to Cornwall.

But back to being a winner. You see, Deadly Thyme is a winner. I say that because for all of three nano-seconds in January, I was a true BEST-seller. I was #1 in mystery, thriller, detective series and in several other categories. I was so thrilled I think I couldn’t see straight. Yes, I may have actually made a bit of money there. And if the world’s idea of success is making money, then I won in the world’s opinion of best-selling author. Plus, I paid a few bills, or at least I will when the royalties hit the bank sometime in the next four weeks.

Most people don’t realize, and when I say most people I include myself here, because I never thought about what kind of money authors made before trying to become an author. I just figured authors made a lot of money. Best-seller doesn’t always translate into what you and I would consider rich. Last year I went in the hole only $665.00. That’s pretty fantastic! The year before my debt was over $3,000. That’s what I spent getting my books out in front of you versus what I made selling said books. But this whole book idea/plan needs further expose. Let me break it down for you in a super simplified way because I am a super simplified-thinking person. I put Deadly Thyme on sale for .99 for the month of January 2016. Bookbub, bless their hearts, accepted me into their daily deal campaign. I sold three thousand Deadly Thyme ebooks on Kindle alone in one day. For the month of January, between all the various e-book outlets I sold over 6 thousand ebooks at .99. On Kindle I made 35% of that .99. Amazon made the rest. I am not complaining. A penny is still a penny to me, as old-fashioned as that sounds, and 29 cents is still a lot times three thousand. Compare that to what happens when a traditionally published big-name author sells their e-book for $14.99 on Amazon. Check this out! The publisher makes 15%, the author’s agent makes 15%, and because it isn’t in the price range of 2.99 to 9.99 with Amazon (that’s the 70% profit range) the profit is only registering at 35%, Amazon is making the rest. The author is taking home 35% of that $14.99, less 15% less 15%. Oh bother, as Winnie-the-Pooh would say.

Deadly Haste. There, I’ve said the title of my new effort. I even found the most gorgeous Byron quote for it. “Now hatred is by far the longest pleasure; men love in haste, but they detest at leisure.” So apropos. Don’t be mad. I love really cool classical quotes. Morris would be pleased. My setting is Harrow a northwest borough of London. And there are missing cats involved here.

Full disclosure. This is a preliminary draft and I realize that as time goes by what I love won’t always get to “stick” because, though I love it, the “thing” no matter what it is doesn’t always move the plot forward. I am all about story. I want you, my precious readers, to enjoy my story. If my little beloved “thing” — like missing cats, doesn’t move the story forward it’s going to be kicked outside into the snow.

So this is the news from my end. I hope you all are enjoying a little quiet and comfort wherever you are. Stay warm. It is cold out there.

I know I’m a day or two late, but Merry Christmas and Happy New Year!

We had a memorable one this year. We have a new grand boy and after a rough start, he’s doing great! Yesterday his great-grandparents saw him. The smiles were unending. What a joy that four generations were able to celebrate – all in relatively good health – in the same room.  I took lots of photos. They are on my phone. I don’t know how to get them to the computer yet. But I’ll update as soon as I’m able.

News of note for my career. I’ve tried to get my books on Bookbub for over a year. My publisher found out, and got me on bookbub. Thank you SkipJack publishing!  If you want Deadly Thyme for 0.99 January is your month. But I encourage you to sign up for Bookbub.com. This is a free sign-up thingy. It’s a service that sends you a daily email – to your inbox with free or seriously discounted books. Not just any books. Obviously it takes a lot of oomph to get a book on bookbub. I’ve gotten Charles Todd (a favorite author) books for $1.99 on Bookbub. It’s a wonderful service, you will never be disappointed. Consider my advice a Christmas gift. I couldn’t recommend them higher. Sign up and then recommend the service to your friends. They will thank you.

My book will be featured on January 4, so sign up NOW!

Another amazing thing to happen is that Deadly Thyme is part of a five book set to be released exclusively on Amazon January 1. Pamela Fagan Hutchins (Amazing Grace), Marcy McKay (Pennies from Burger Heaven), and Ken Oder (The Closing) have their wonderful books in this set also. Their books are incredible reads. Yes, there are four books listed but Pamela Fagan Hutchins has added a bonus book.