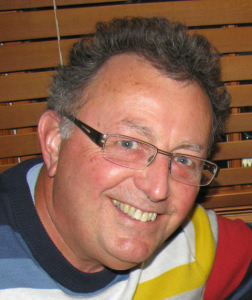 I’m grateful to my host of this eighth post of THE GENESIS SAGA TOUR, and to Nonnie Jules of 4WillsPublishing who arranged it all! The full lineup for this tour can be found @ http://wp.me/P43s9i-2g

My purpose, is to give readers a greater familiarity with planet Genesis – within the Equations universe created by author and friend, Kenneth Tam.

To this end, we embarked upon a series of interviews of some key players in Book One of The Genesis Saga: PASSION & STRUGGLE. Nonnie Jules of the famed interviews, ‘Who’s On The Shelf With Nonnie Jules?’ agreed to lend her formidable skills to this process. She gave me the nickname “Fio” a while back – so keep that in mind in case she opts to use it!

Nonnie and I have followed our host, Professor Marco Rossini, back into the kitchen of his home on the University of Genesis City (UGC) campus. Marco found an apron in a storage slider and handed it to Nonnie to put on. She reads the writing imprinted on the material and immediately lashes out at her host.

NJ:         (Indignantly) Marco! You expect me to wear this sexist apron?? (Marco opens his mouth to explain, but Nonnie continues…) Well sir! You have misjudged me and…

MR:       (Holding his hands up in surrender) Nonnie, please! It’s just a joke between Pat Conroy and me. He gave it to me as a gift before the Quest Fleet left Genesis almost five years ago.

JF:         To help me with the salad. Tell you what, I’ll chop the lettuce and you chop that onion over here…

An hour and two glasses of wine later, the trio sit at the kitchen table to enjoy their meal. Marco tells his visitors a couple of stories about growing up with the Conroy brothers in Darymanis City, until Nonnie reminds Marco of his promise.

MR:       Of course… Divine Scepter! Now that was one impressive ship!

Any way one looks at this starship, it was a technological marvel. It was built over a fifteen-year period by the Untied Nations Space Agency (UNSA) in their Lunar Yard facility, and completed late in 2084. Divine Scepter, originally intended as a long-range exploration ship, had design features that made it possible to expand the ship’s size from parts manufactured aboard.

The industrial deck, dubbed the Plant, was prodigious. It housed massive, computer-driven fabricators – evolved from 3D printers created earlier in the century. The fabricators along with the huge stores of raw materials made Scepter a self-sufficient entity in space. In the Plant, both civil and military needs were met: from weapons to domestic appliances to computers, and the like. Spare parts were manufactured at will.

When they decided to use the colonizer, to assist a select group to escape from Earth and the Omega virus, ship designers and builders were among the technical specialists chosen to board Scepter. The original ship had seventy-five hexagonal pods attached to each other and to the outer hull of Scepter. Each pod had an access hatch to each pod it touched as well as to the interior of the ship’s hull. Exoskeletons of new pods were manufactured in the Plant and assembled on the hull’s surface, where the assembly specialists were protected by Scepter’s shields.

The residential pods were small cities with roughly 20,000 citizens each. As the population grew, new pods could and were built throughout the ninety-five year voyage to Genesis. They resembled the towns and small cities on Earth, with comfortably large attached housing units, schools, entertainment centers and business districts all connected by streets laid out in grids. The lighting within the pods mimicked the shifting shades and hues of natural daytime light on Earth’s surface. When appropriate, the pod’s ‘sky’ went dark and street illumination was activated.

Some specialty pods produced food products, safe water, and oxygen for the entire ship community. Others housed research labs, higher educational facilities, and hospitals. Many of Earth’s plant species were preserved in bio-pods. A defensive force field was designed to surround and protect the ship from space matter and attacks from any alien encounters.

Within the ship’s hull were many decks connected by high-speed vertical elevators, called ‘Lifts’ and horizontal transport tubes. The transport vehicles that traveled the various ‘Tubes’ were dubbed ‘Bullets’. So moving from upper to lower decks was as quick as moving aft to forward, and port to starboard. The interior decks housed the propulsion, navigation, environmental systems, weapons systems, and the military. The Crusader Army controlled by the Church was larger and better equipped than the Navy Marine Corps. Navy personnel controlled and navigated the ship. These two military groups were housed on different decks at opposite ends of Scepter. The massive Landing Bay occupied the aft section of the ship, four decks high. Several shuttle craft of differing sizes and purpose occupied about one-third of the Bay.

For ninety-five years, this mighty starship – the only one of its kind – carried the hopes and dreams and the only remnants of humankind remaining in existence, to their final destination. Genesis would be humanity’s new beginning.

Join us tomorrow for another adventure with Nonnie and… Fio!

John Fioravanti is a retired secondary school educator who completed his thirty-five year career in the classroom in June, 2008.

Throughout his career, John focused on developing research, analysis, and essay writing skills in his History Classroom. This led to the publication of his first non-fiction work for student use, Getting It Right in History Class. A Personal Journey to the Heart of Teaching is his second non-fiction work; it attempts to crystallize the struggles, accomplishments, and setbacks experienced in more than three decades of effort to achieve excellence in his chosen field.

John’s first work of fiction is Passion & Struggle and is set within Kenneth Tam’s Equations universe (Iceberg Publishing). He claims that, after two non-fiction books, he’s having the time of his life bringing new stories and characters to life!

At present, John lives in Waterloo, Ontario with Anne, his bride of forty-one years. They have three children and three grandchildren. In December of 2013, John and Anne founded Fiora Books for the express purpose of publishing John’s books.

“This tour sponsored by 4WillsPublishing.wordpress.com.”

19 thoughts on “Hosting the Blog Tour of JOHN FIORAVANTI”