I’ve enjoyed some great page-turning authors in the last few years, Kate Atkinson, Sandra Brown, and Harlan Coben to name a few. But I’ve just read two good books this past week that will keep you up reading past your bedtime. I promise.

S.J. Watson‘s first published novel Before I Go To Sleep is amazing. If I tell you what it’s about you might think it sounds “predictable” but I can guarantee that there isn’t anything predictable about it.

A woman wakes up in bed with a complete stranger (predictable). She sneaks around looking for the clothes she went to sleep in and then, sees herself in the mirror. Who she sees isn’t the woman she thought of herself as, in fact, the woman she sees is much older (could this be a sci-fi?) Then she sees the photos taped to the mirror. They are of her and the stranger in the bed. Then the stranger wakes up and begins to tell her how she was in an accident and has lost her memory. It’s a weird memory loss because she can remember things as she goes about the day but as soon as she falls into a deep sleep she forgets everything again. (This sounds boring. Please tell me that isn’t all.)

As the story progresses the reader begins to sense a sort of “dread”. Nothing is as it seems. Soon the woman begins to get the same sense of dread. Why does the man who says he is her husband really seem like such a stranger? Why does she get the feeling each day as she wakes up that she should run away? Is it part of her condition? As she begins to write the events of every day in a hidden journal (You may be thinking how can she remember that? Answer: It’s because a doctor calls her every morning to remind her to find the journal and read it.) Now, things begin to make more sense to her. Though as time passes things begin to make less and less sense.

There is something very wrong with her life besides the obvious. Why does her husband lie to her every day? Why does he get violent when things don’t work as they should like when a dish falls to the floor? She records the violence in her journal and then the next day he tells her the bruises on her face are from when she hit her face with the door. Hmmm.

A most unusual book told from her perspective and read by her/you from her secret journal. This is a horror story made all the more scary by the fact that – it could happen.

The only problem I have with this – having been in an accident where I had memory loss for months, is that what I wrote during those times was gibberish. Just saying.

The second book is a debut novel by Nicci French called Blue Monday. It starts out with the disappearance of a little girl and how this event devastated not only the community but the detective assigned to solve the case. It was never solved.

Skip ahead twenty years and a little boy disappears much in the same way that the girl did so many years before.

The protagonist is a psychotherapist and insomniac who wanders the streets at night. She has a new patient who is fantasizing about having a little boy because he and his wife can’t get pregnant. He feels like he is living in two different worlds, one he knows is real and one he knows isn’t and suddenly the two worlds are getting confused.

That’s the set up. I’m not adding any spoilers. It is an amazing read. The point of view of the little kidnapped boy will break your heart. It will. The graveyard scene will have your heart thudding long after you put the book down. That’s all I’m giving you.

These are books that will keep you up all night. Betcha. 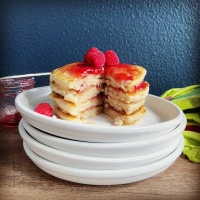